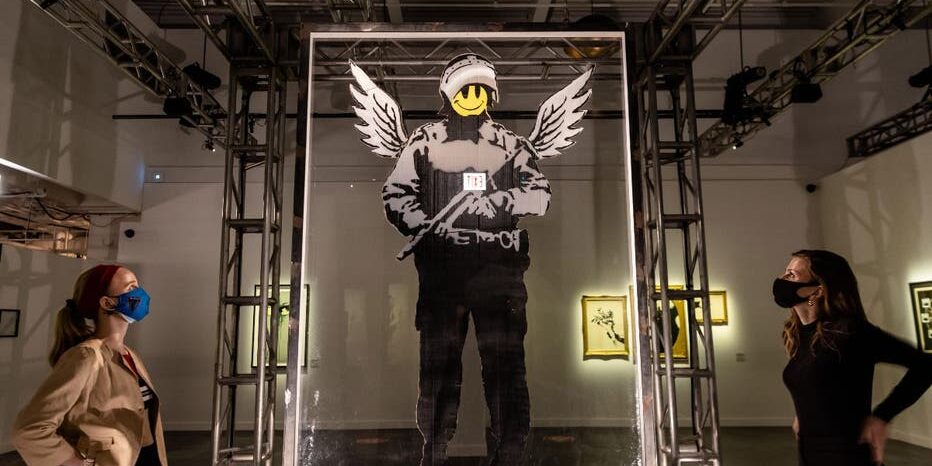 ‘Art by Banksy’ opened Monday at the Palace of Fine Art in San Francisco, however it was not authorized by the anonymous artist. This did not catch many Banksy followers by surprise as he prefers to exhibit his work in a unique way. This exhibition has over 80 works from the artist that were bought by various private collectors and nothing else more than that was said by the organizers. Tickets to enter for adults are starting at nearly $40 dollars, and they are expecting a large amount of foot traffic. Although not confirmed, Banksy had something else in mind with his work.

Around the same time in a New York City subway, a young woman is believed to have bought two Banksy works for only $60 dollars. The user @colalex took to TikTok to post and explain her bizarre story of coming across an individual with a ski mask selling what seemed to be Banksy pieces. At first she didn’t think much of the encounter and left but could not help but return and try to buy some of the unprotected pieces that were on the subway floor. An anonymous account speculated to belong to the artist to stated ‘no comment’ under the video which further fueled the attention to the story. Banksy is known for being random and has done something similar like this before with his work. I personally believe that was really Banksy, and am envious of the girl who got her hands on some of his art. What do you believe is the truth with the information brought to light so far?