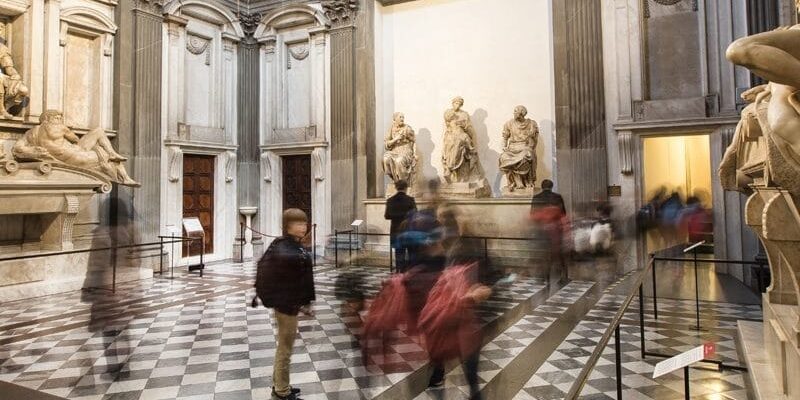 It was recently announced that in Italy, they were able to restore a Florence tomb by Michelangelo with the help of bacteria.

A Medici family chapel created by Michelangelo was presented to the public to mark the 545th anniversary of the iconic Renaissance master’s birth. A team spent eight years restoring the delicate monument using bacteria infused gel that was able to remove the most stubborn dirt marks. The restoration was completed last year and presented to the public in an event hosted by the Academy of the Arts of Drawing.

Scientists tested 11 strains of bacteria on marble before it was decided that three non-toxic varieties; Serratia Ficaria SH7, Pseudomonas Stutzeri CONC11 and Rhodococcus sp. ZONT would be the most effective. Using the help of those bacteria, especially Serratia Ficaria, better known as the bacterium that causes urinary tract infections. It managed to remove all the impossible dirt from the tomb in a little under two days.

The artist was commissioned to sculpt the New Sacristy, in the Medici chapels in San Lorenzo church in Florence, in 1520. The tomb is adorned with sculptures representing likenesses of the two dukes from the powerful Medici family, and the Madonna and Child. One can only imagine how much dirt, grim, and other weathering effects have taken a toll on the marble piece over the centuries. Restorers were struggling with how to remove it all, when they came up with the unconventional solution of trying to use bacteria.

This is groundbreaking as it opens up the possibility of other similar pieces around the world to be resorted to their original state. We will be able to see masterpieces just as if the artist has completed it, although it was centuries ago.