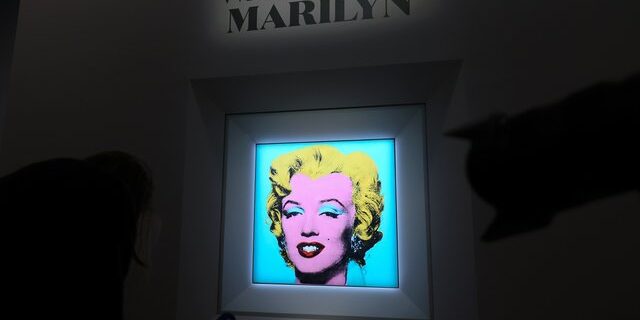 A 60 year old portrait of Marylin Monroe by Andy Warhol will be sold at Christie’s this May and is expected to reach up to $200 million, setting a new record.

The painting may become one the most expensive works of contemporary art to be ever sold. Andy Warhol’s work is widely known by everyone, I can almost guarantee you have seen a Warhol in your lifetime. This piece has the image that Warhol used repeatedly in a variety of his works till his death in 1987.

If the Sage Blue Marilyn (1964), reaches the expected sum it will double Warhol’s current record of $105.4 million that was set when his 1963 canvas Silver Car Crash (Double Disaster) sold back in 2013.It measures at 3 feet square, and depicts a press photo of Monroe’s 1953 film Niagara. The work is being sold by the estate of Swiss art dealers siblings, Thomas and Doris Ammann. Warhol produced only five versions of the piece which are currently in private hands.

All proceeds from the sale of the piece will go to benefit a namesake foundation, a charitable entity established to benefit causes related to health care and education for children around the world. The Foundation is set up to run for a period of only 3 to 5 years until the funds from the Warhol sale are distributed in full.