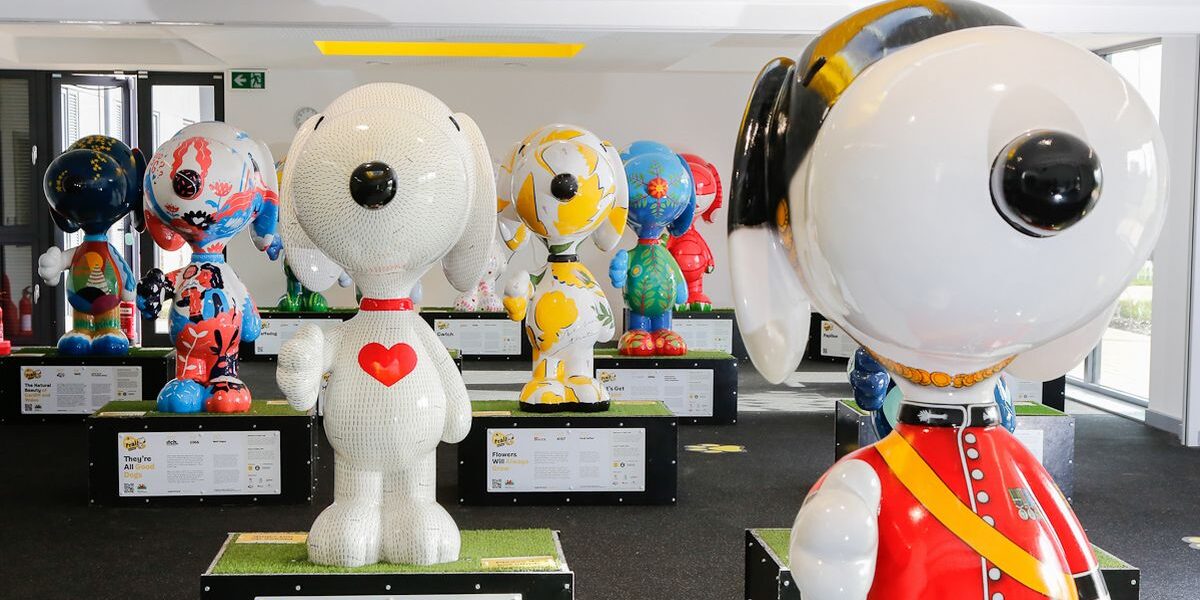 A brand new sculpture trail is coming to Cardiff, as well as Caerphilly and Porthcawl, that will feature the beloved Peanuts character Snoopy. The trail launched in order to raise money for Dogs Trust in south Wales.

A Dog’s Trail, includes 40 large and 75 miniature sculptures of Snoopy that have been placed at landmarks around south Wales to raise awareness and funds. Each sculpture is placed on pedestals that contain information about the artist and efforts by the Dogs Trust to open a new rehoming center in Cardiff. Viewing the exhibition began on Friday, April 8 and is scheduled to run until June 5th.

The different Snoopy sculptures were done with unique designs that represent their artist. Twenty four of them were designed by Welsh artists and others were decorated by local schools and community groups. Along with the exhibition they will be selling everything from Snoopy plushies, tote bags, dog collar charms, and even doggie accessories.

From June 16th to the 19th all the large Snoopy sculptures will be on display together for a farewell event at the Cardiff City Hall Lawn in Cardiff. Tickets for that event will be available very soon. On June 21st each Snoopy will be auctioned off as part of the fundraiser after their long adventure. Until then, those hosting the event are encouraging everyone to take part in the trail along with their families especially with their four legged family member.

By YeriApril 12, 2022Leave a comment
Tags: A Dog's TrailPeanutsSnoopySouth Wales