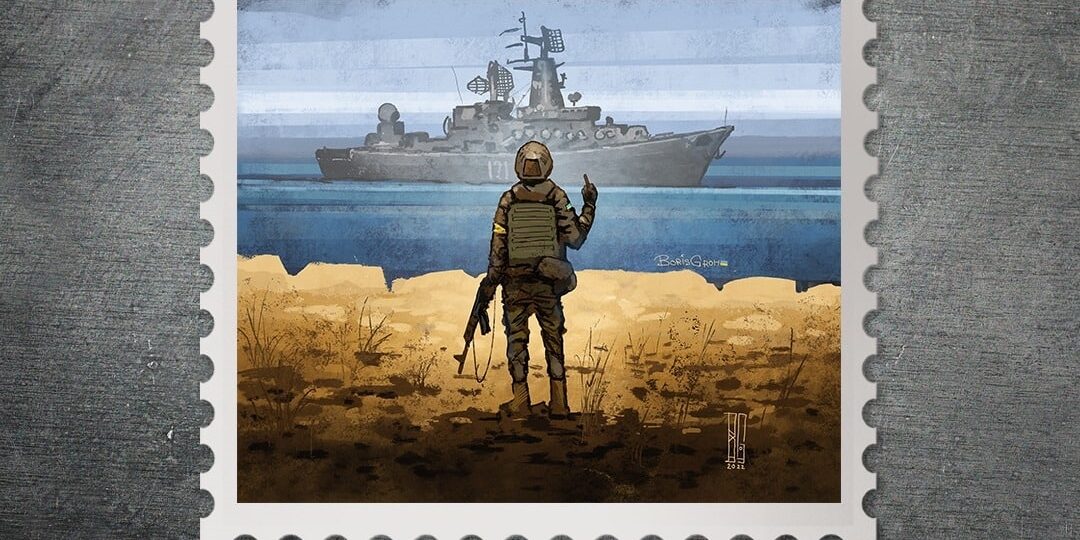 The new postage stamp will commemorate the Ukrainian soldiers who defied a Russian warship at Snake Island.

The stamp is named “Russian warship, go f*** yourself” illustrated by Boris Groh (@borisgroh). Groh is a Ukrainian artist that has released many art pieces related to the war so far, he spent three days drawing his submission for the stamp after being inspired by the Snake Island soldiers’ bravery.  The Ukrainian Postal Service, Ukrposhta, took to twitter to allow the public to vote for a new stamp design in defiance of the Russian invasion.

The Snake Island incident was reported on February 24 of this year, the first day of the Russian invasion. A recording has been circling the internet where the Russian warship said, “This is a Russian warship. I propose you lay down arms and surrender to avoid bloodshed and unnecessary victims. Otherwise, you’ll be bombed.” Out of the 13 Ukrainian soldiers on guard, one of them responded with, “Russian warship, go f*** yourself” (Keep in mind this is the English translation). Afterword, based on records, it was believed that the guards were killed in the bombing. With the latest up from the situation it is speculated that they may still be alive.

Overall the phrase has become Ukrainian’s battle cry used to bolster morale. You can purchase the stamp through Ukrposhta when it is available, it will soon be published by Ukraine’s state postal company.