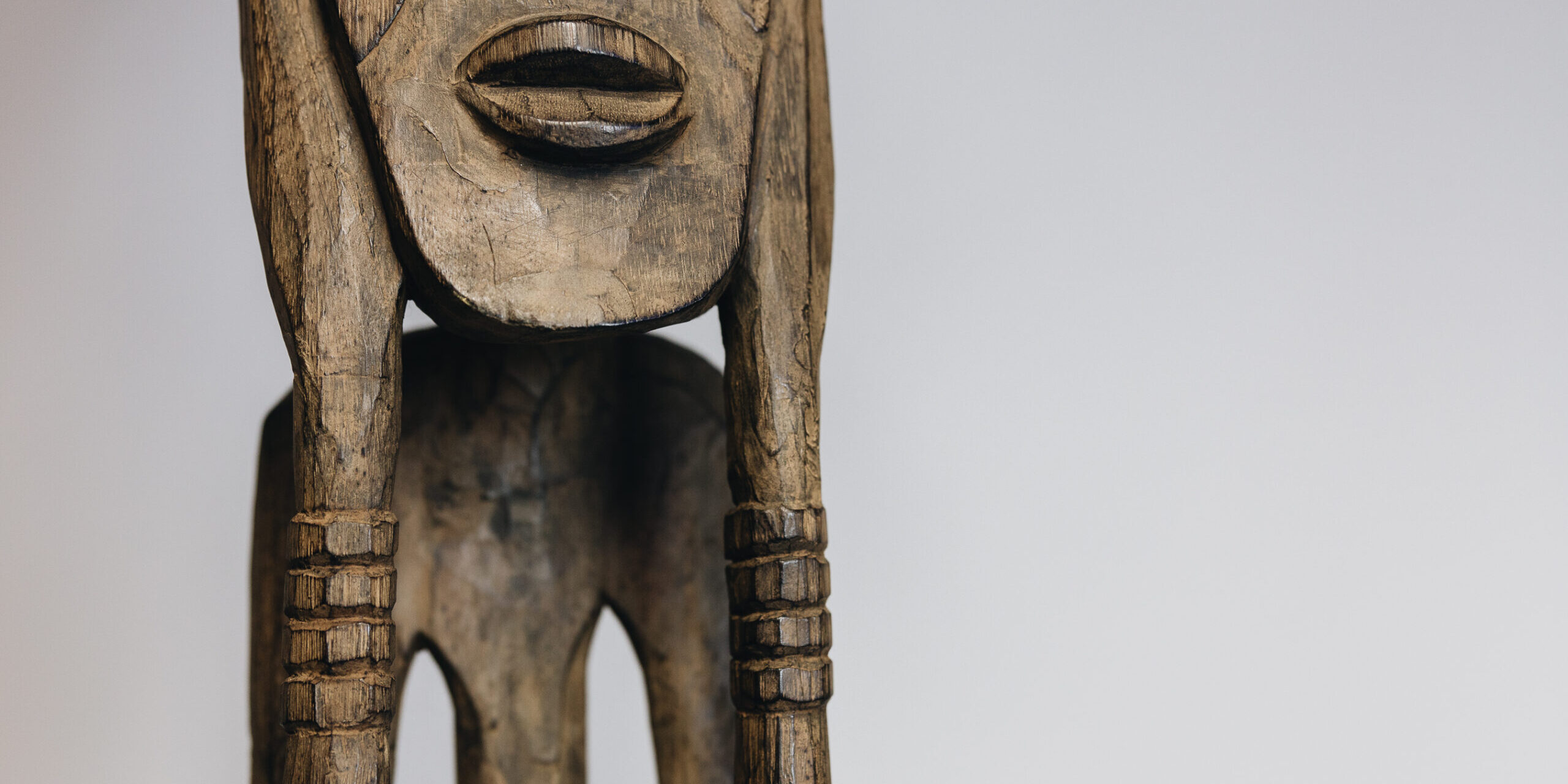 A tall Borneo “Thinking Man” sculpture. Stained in a dark finish, this sculpture is hand made by the Balikpapan People of Indonesia. It depicts a man with lobed headdress, seated with his elbows on his knees, and hands on his cheeks. Made on the island of Borneo. 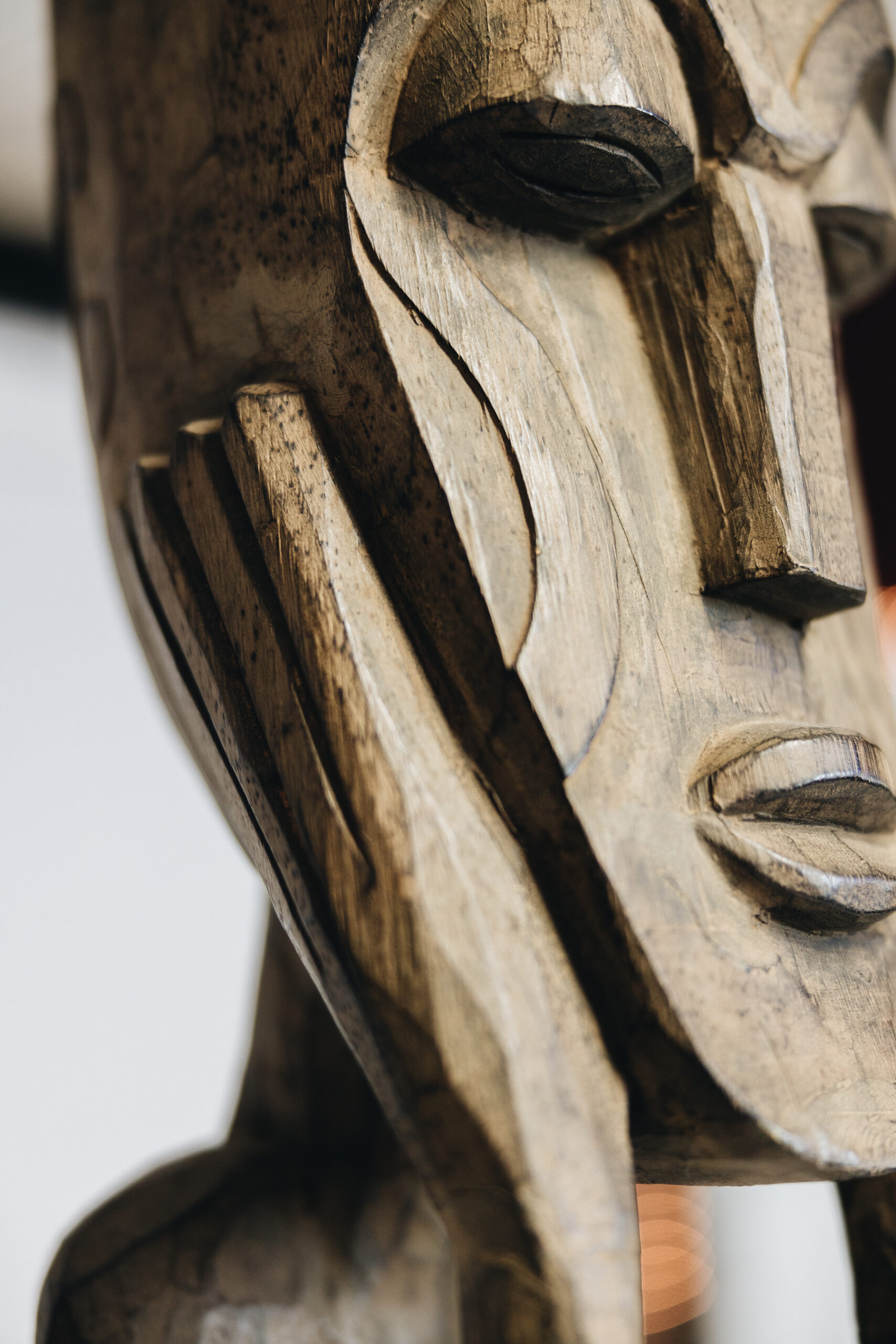 The Thinker (French: Le Penseur) is a bronze sculpture by Auguste Rodin, usually placed on a stone pedestal. The work shows a nude male figure of heroic size sitting on a rock with his chin resting on one hand as though deep in thought, often used as an image to represent philosophy. There are about 28 full-sized castings, in which the figure is about 186 cm high, though not all were made during Rodin’s lifetime and under his supervision.

There are various other versions, several in plaster, and studies and posthumous castings exist in a range of sizes.

Rodin first conceived the figure as part of his work The Gates of Hell commissioned in 1880, but the first of the familiar monumental bronze castings did not appear until 1904. 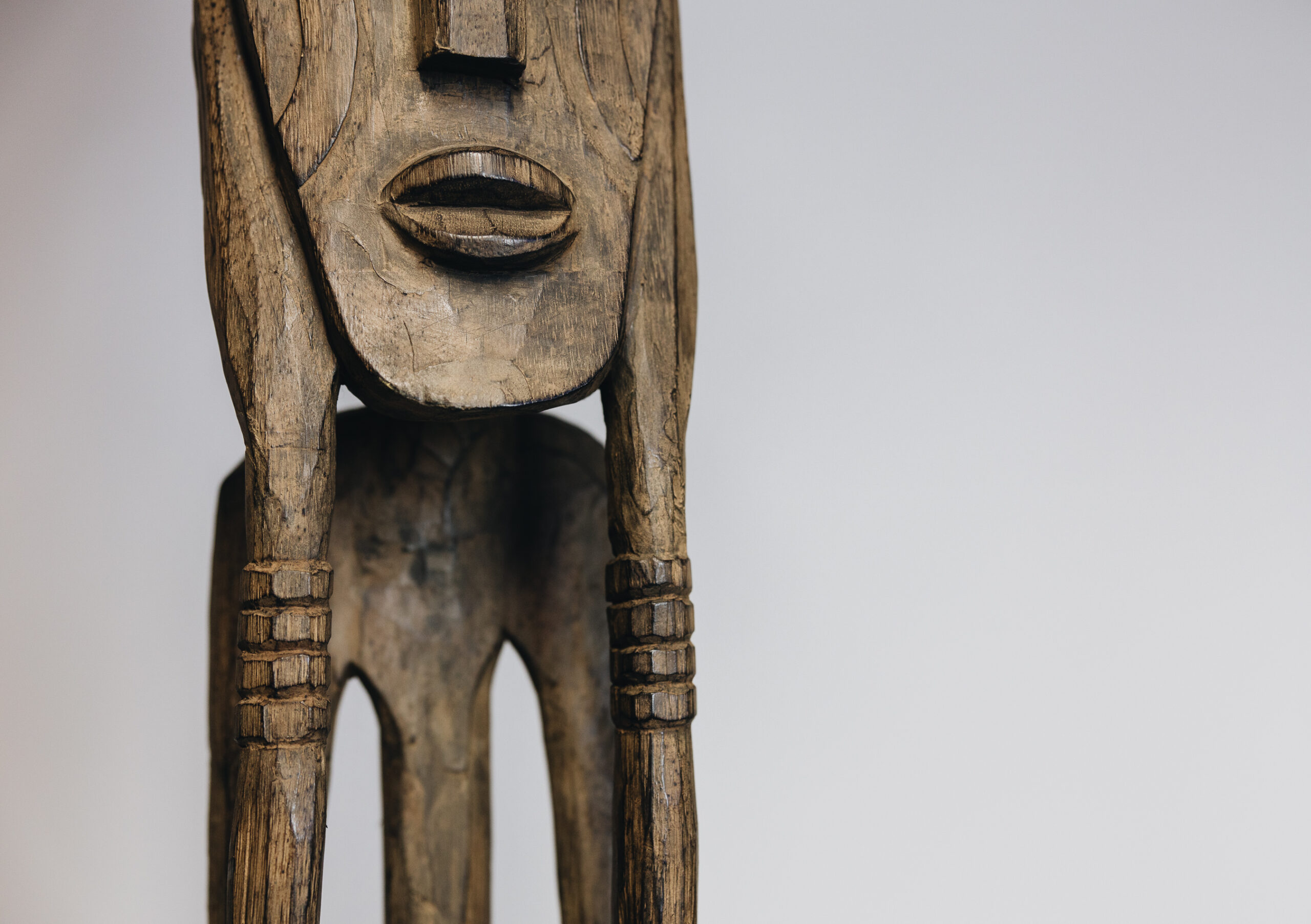 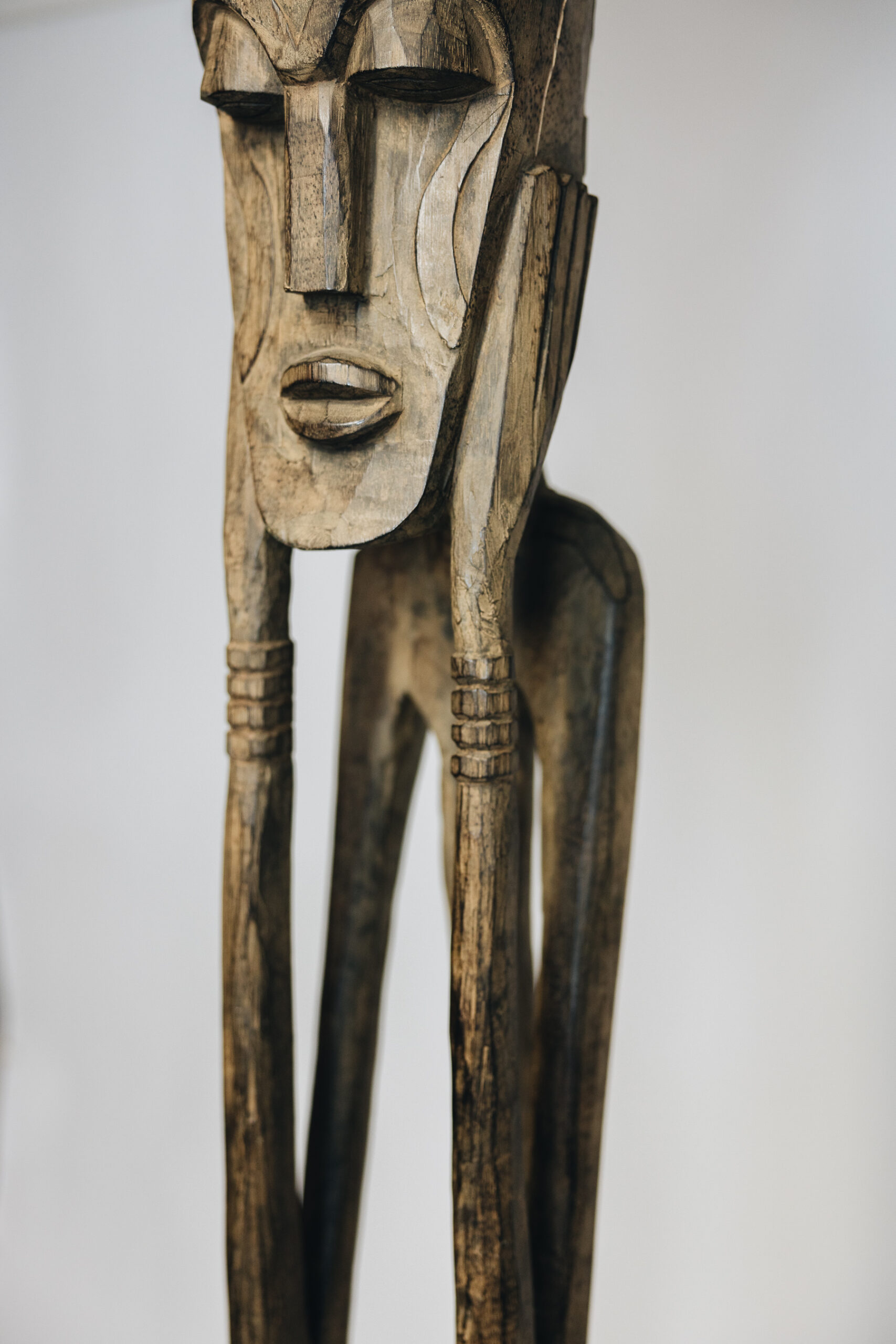 Borneo has the world’s oldest rainforest. At an estimated 130 million years old, Borneo’s rainforest is two times as old as the Amazon rainforest in South America. 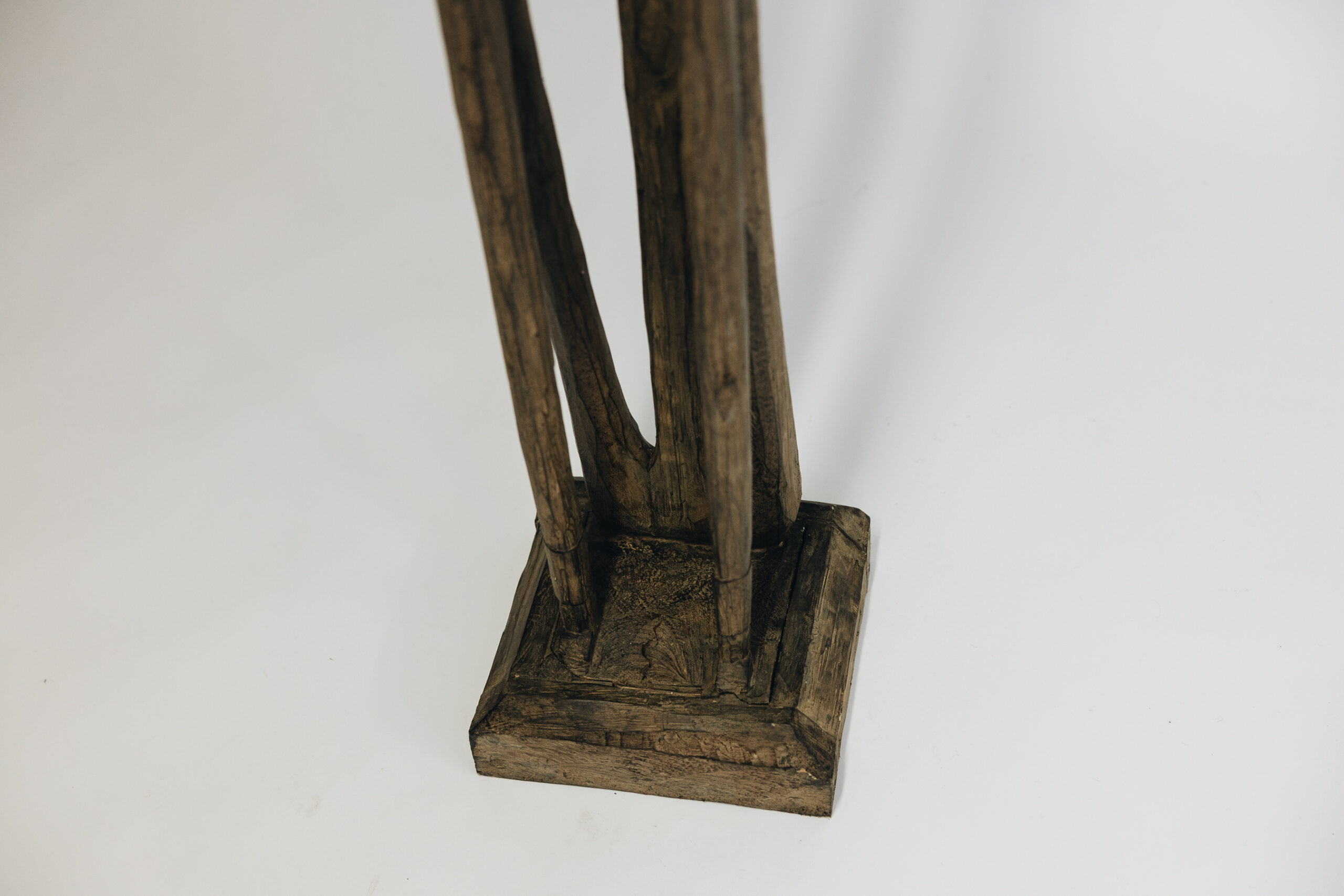 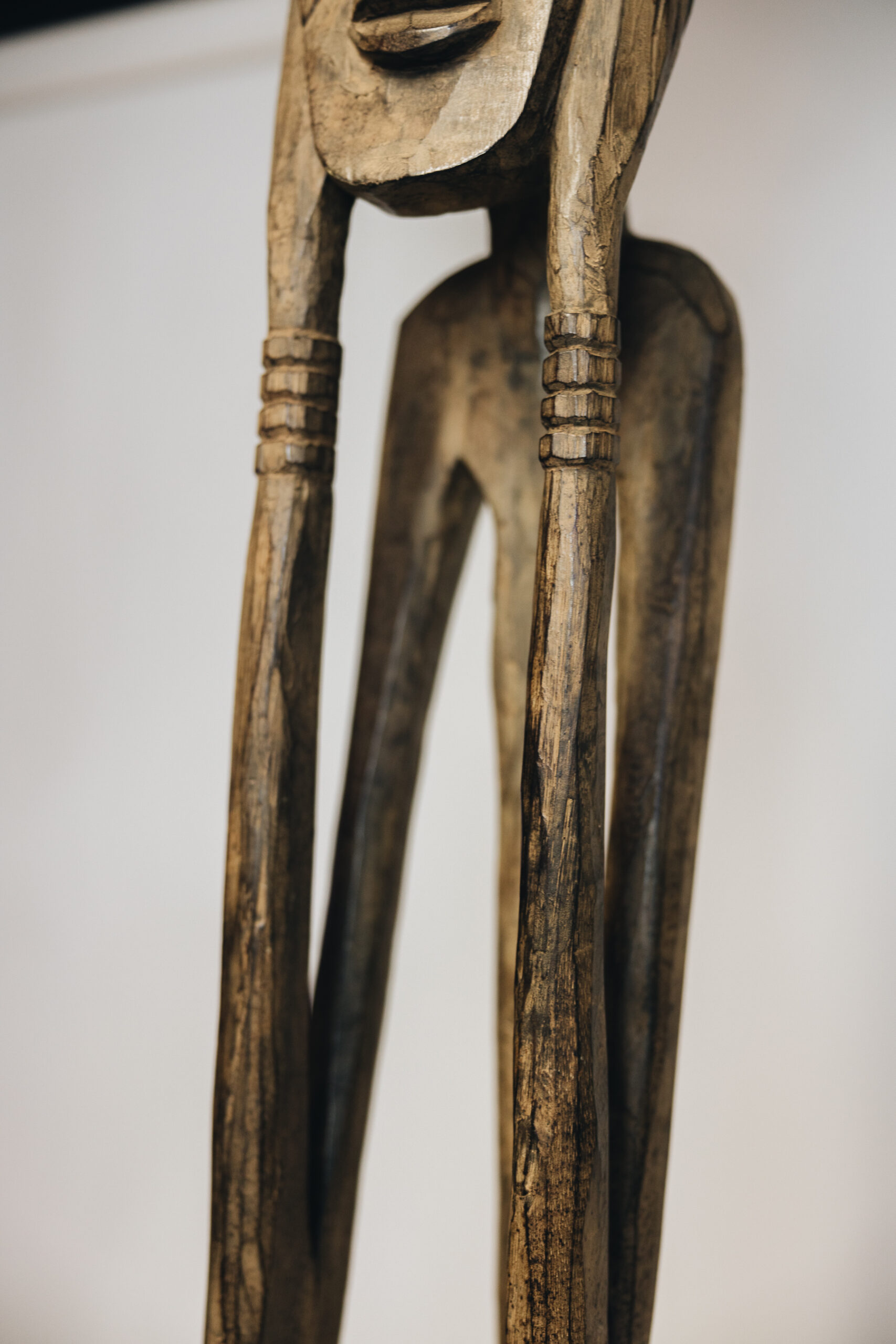 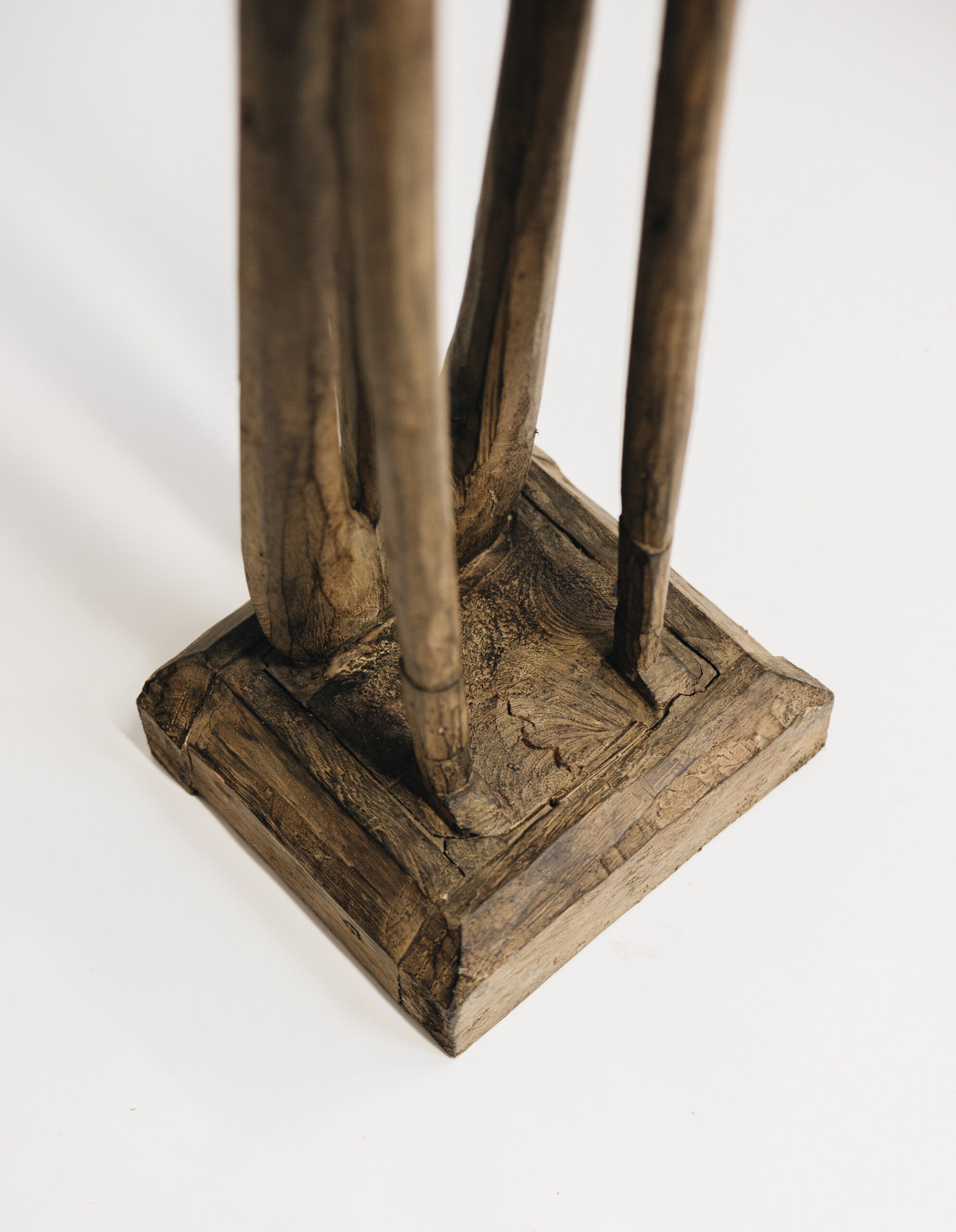 This species, discovered in 2012, fires ‘love darts’ at its mate – hence why it was named, “ninja slug”. 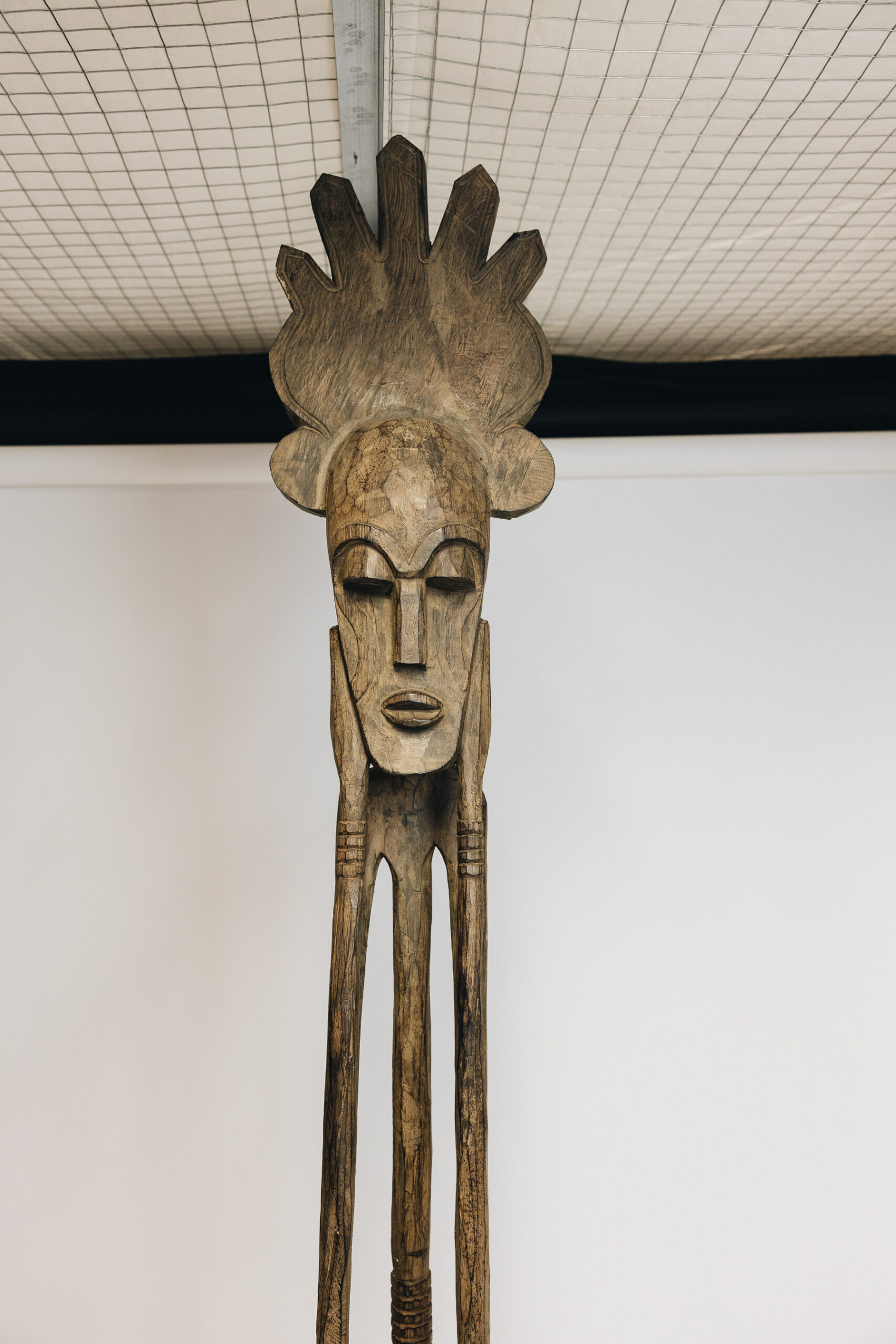