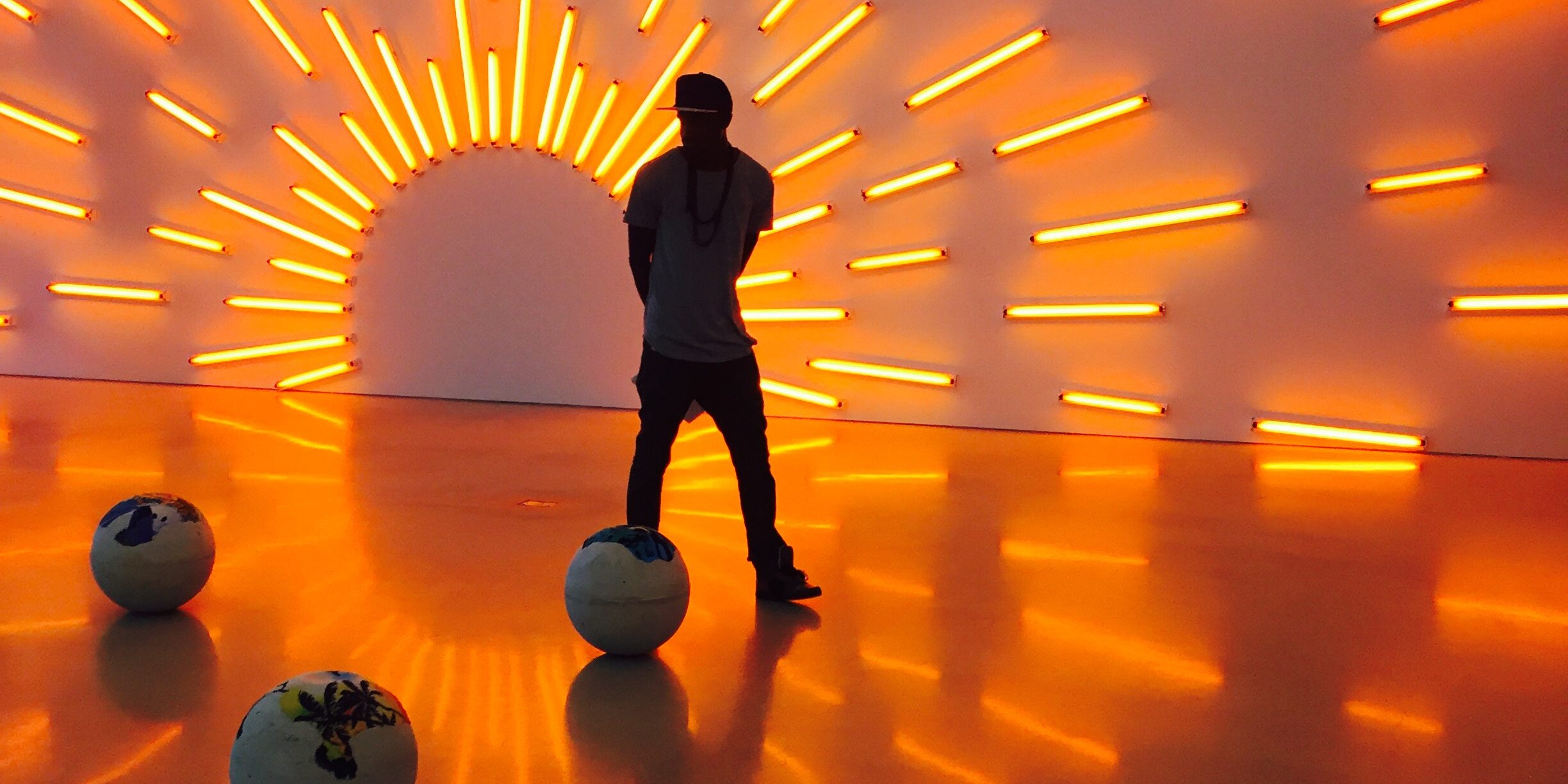 Mark Handforth taps the formal qualities of everyday objects such as streetlights, high beams, and highway signs, combining an interest in the contemporary urban landscape with an affinity for surrealistic effects, a Minimalist s emphasis on simple forms that interact with ambient space, and a playful Pop art sensibility.

Western Sun is part of a group of works consisting of fluorescent light fixtures installed directly into the gallery wall in pictorial arrangements in this case, a partially setting sun disappearing into the floor. The work immerses everything around it, including the viewer s body, in a dramatic, red-orange glow. Evoking the notion of human-made sunlight, it relates to visions of a world in which all things natural have been replaced by manufactured products. 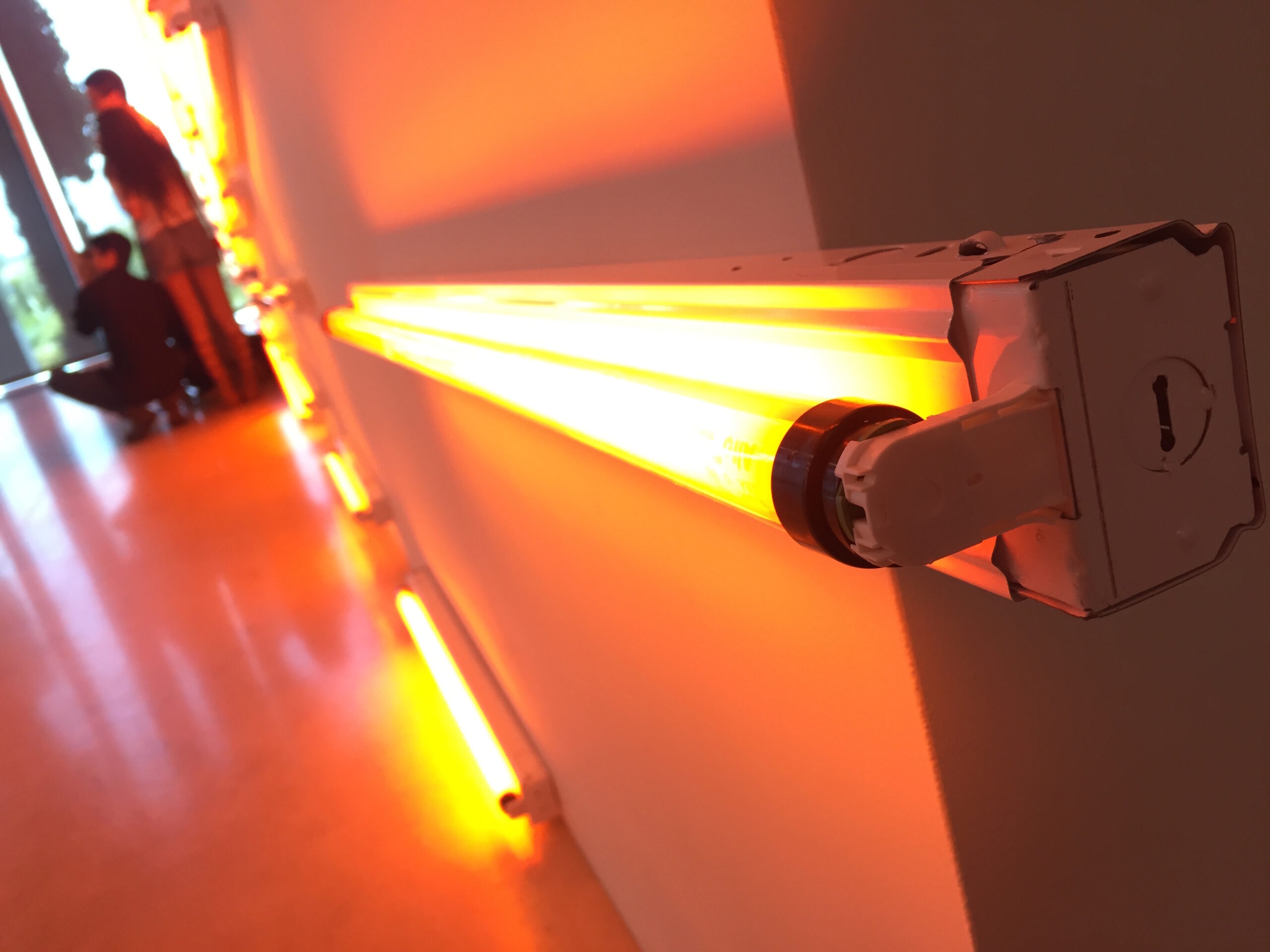 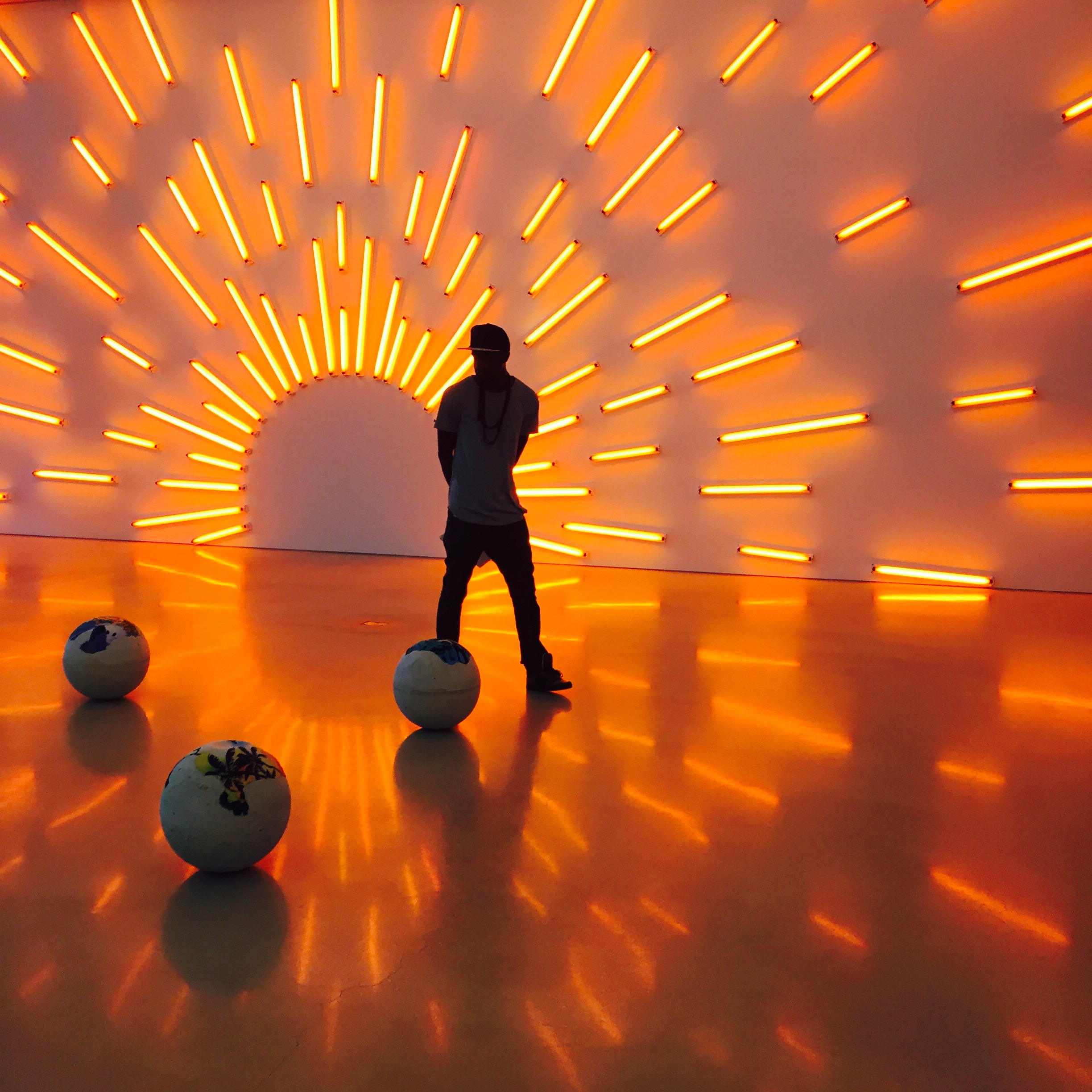 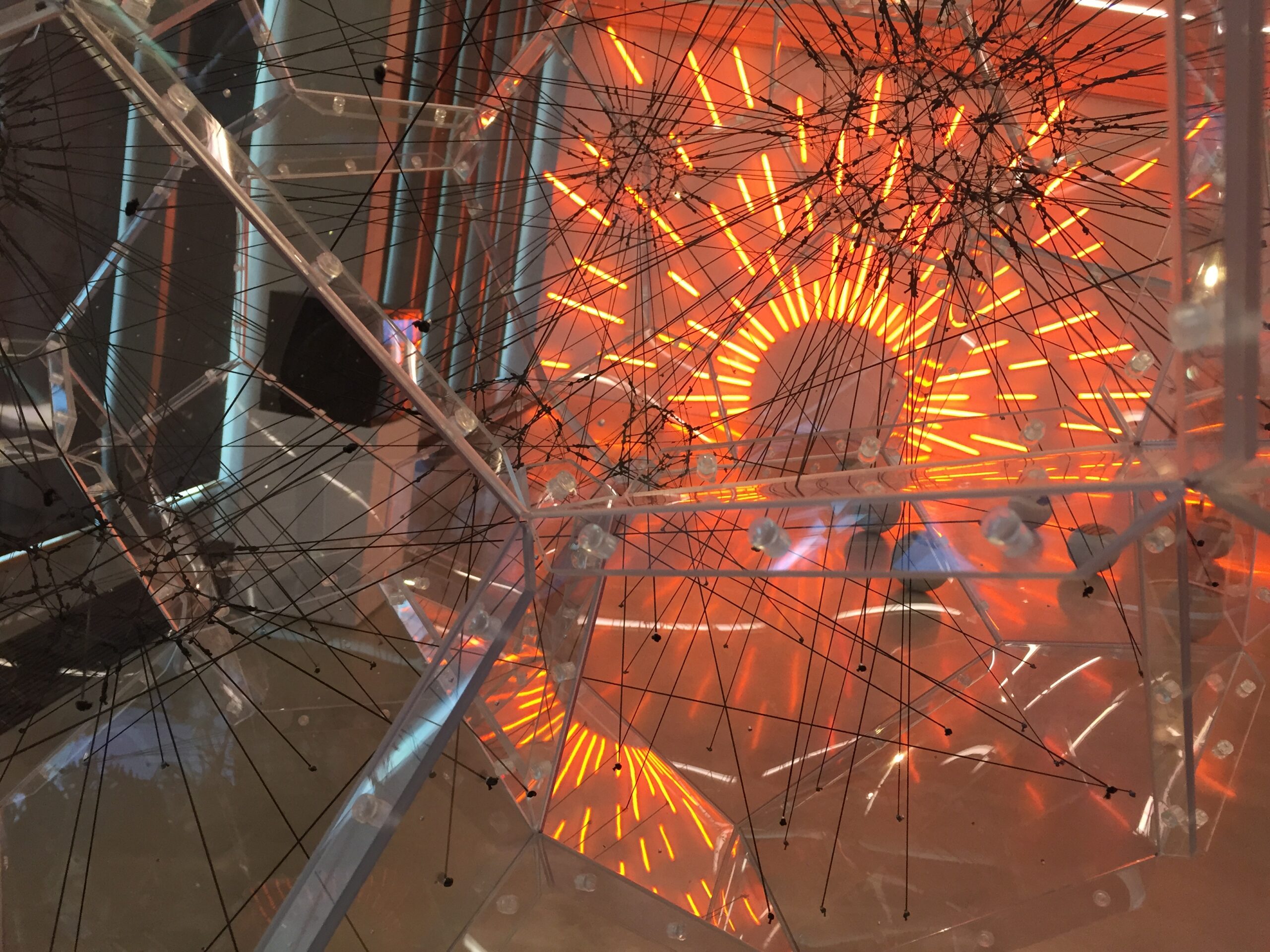 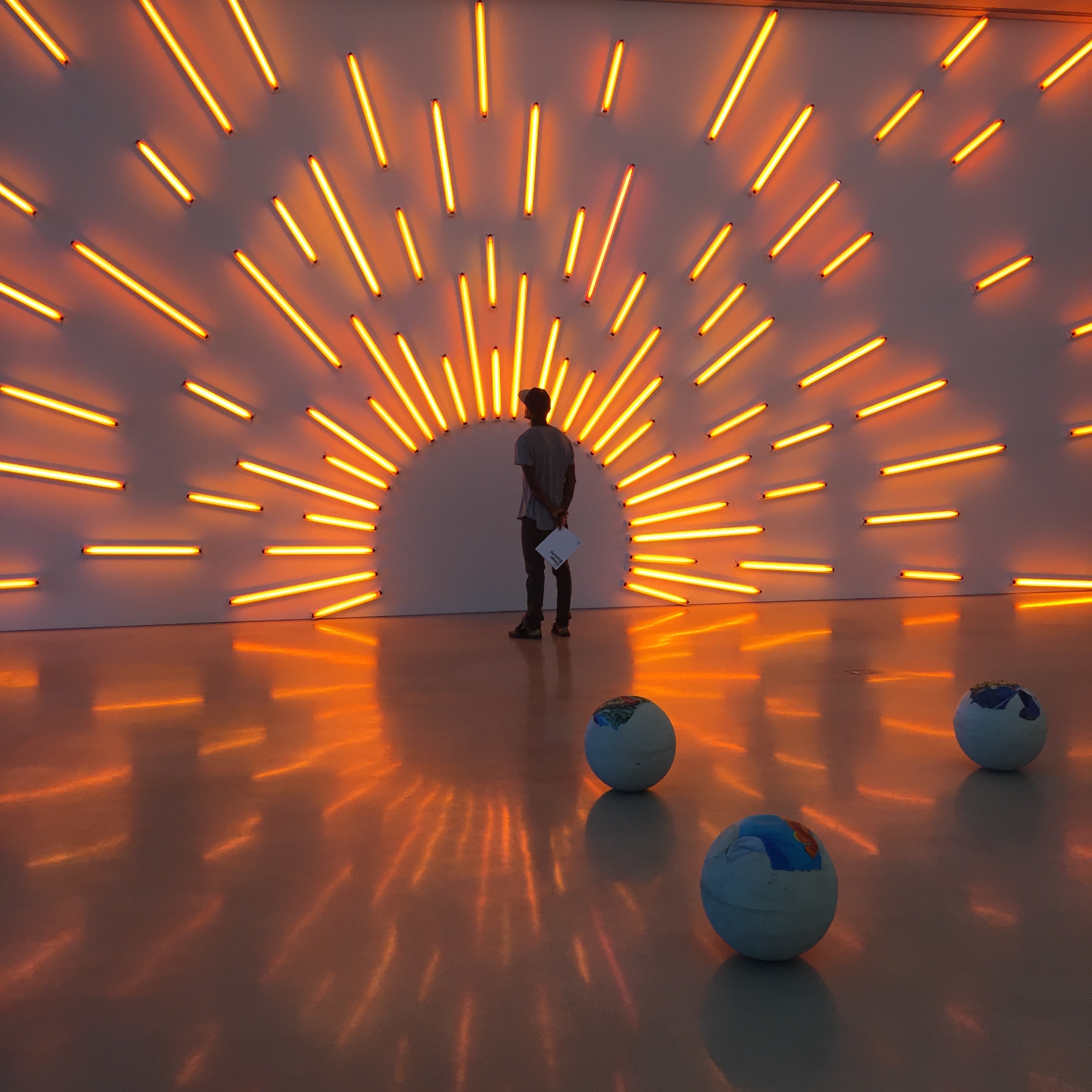 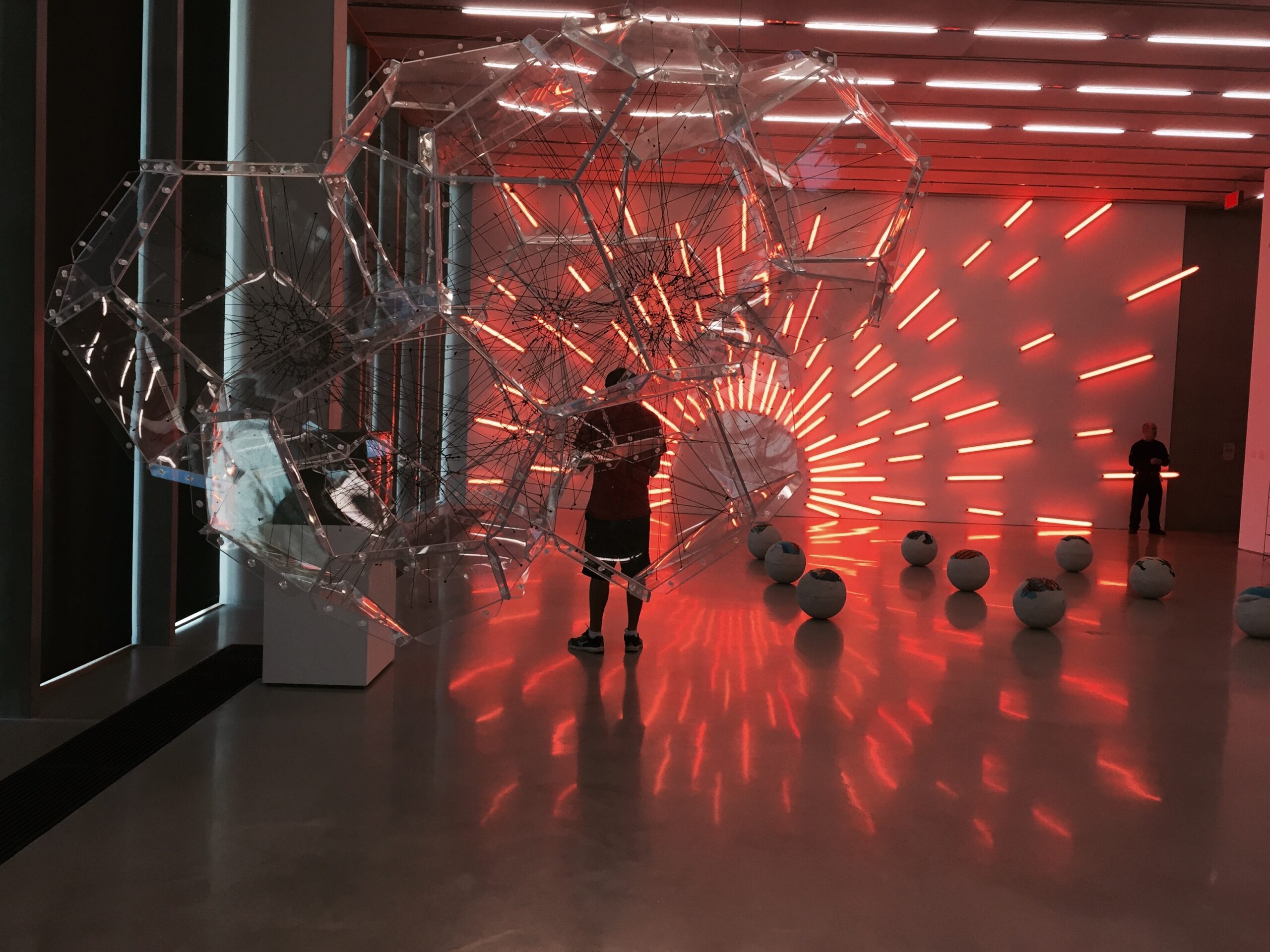